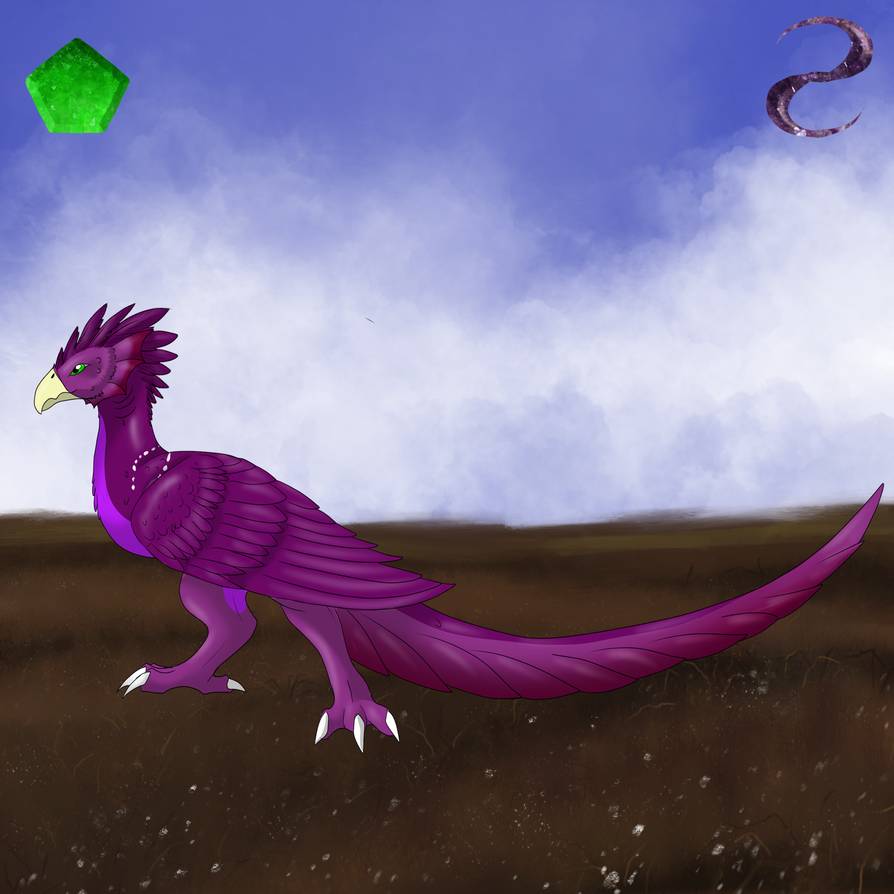 Gift Art Rules:Tag me, Keep to personalities, and feel free to ask me any questions

Personality:  Zeke has a dual nature of been both very playful and deadly serious, though in opposite areas; when at ‘work’ he is very serious and takes everything to heart, little can sway him from the task at hand… alternatively when not working, he’s downright playful, even when he’s meant to be training, and does everything to draw Meeth into a game… much to her befuddlement. Fiercely loyal to Meeth, there little he won’t attempt for her, though Nyx… is a little bit different, normally he enjoys the dark dragons company… but he does get irratated by her mysterious nature at times, and has been known to snap at her.

Though easily capable of talking normally, he spends more time chirping at strangers and getting his crest petted since its an enjoyable experiance, and though he’ll be the first to admit he is not the cleverest of dragons; he knows that smarts is not always everything… besides… Meeth’s much better at planning than he is.

Zeke is capable of flight, though he much prefers to run over the ground, he uses his wings for balance, steering and intimidation, and is more likely to use his wings to leap over things than actually fly; he is also capable of diving under the water, his gills permitting him to breath beneath it, and with his weight he can literally walk along the waters bottom.