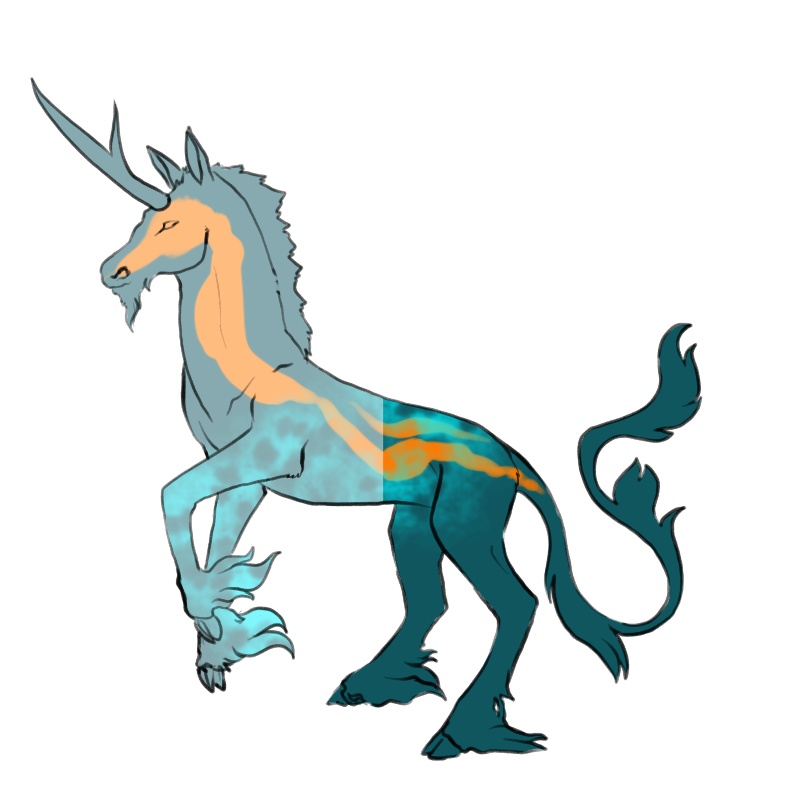 Causes all traits of even the brightest dragons to appear bleached, even if elemental color rules would make them darker or more saturated. Their base scales or markings may be white as well, as long as all markings are visible on the dragon (no albino dragons!). Unless it is a Light or Dark dragon, the dragon should NOT appear grayscale. Here is an example that is split between two palettes–the left one is Faded and the right one is before Faded is applied.

This affects the whole dragon, so it has no edge to make a texture.

Here is another color chart with the full legal range of Faded for a single color. If your computer does not use scales of 255 or show you what percentage your color is at, simply match the hue of this image to the desired one from your slider and then color pick from it! Changing the hue will not change the brightness/saturation.

It affects every trait, including top layer markings, color modifiers, and even mutations.