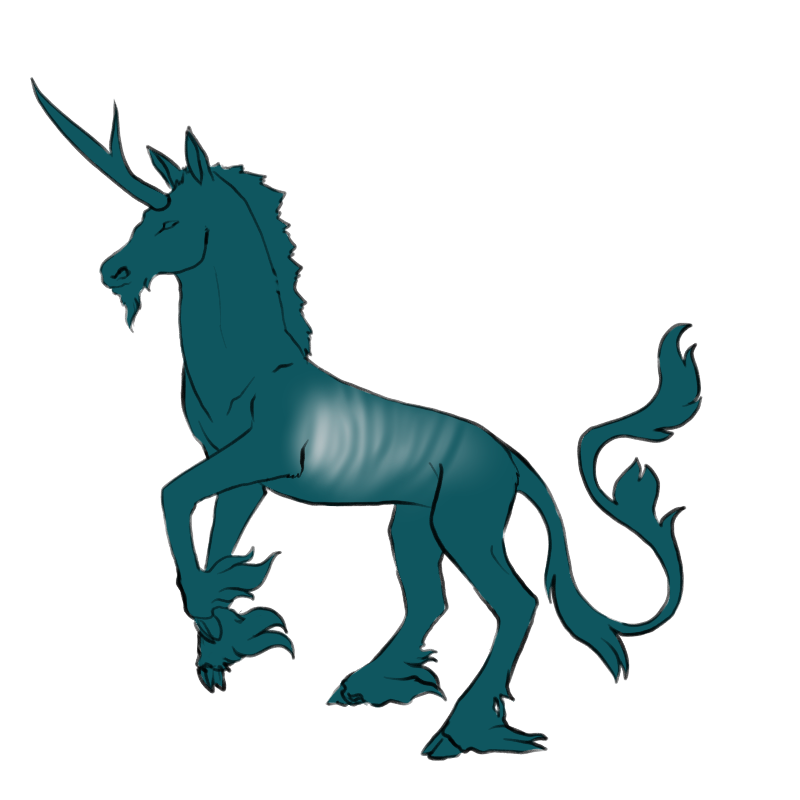 Creates thin, vertical streaks that appear lighter than what lays beneath it. They must have a very soft or gradient edge. It may appear anywhere on the dragon, but should cover at least 25% or the sides of your dragon.

Edges must be soft. Here are some examples of acceptable textures and coverage:

Here are some examples of what NOT to do for textures. These effects can be made using Striped or Zebra instead:

Rabicano will be always lighter than what lays beneath it, and the hue should be within elemental rules. Lighter refers to value, not saturation–so it can still be more vivid than what’s beneath it as long as it is a higher brightness value.

It may affect modifiers, skin, nails, ears, and similar things where it touches. On the wings, the stripes will always go from the arm to the bottom of the wing. It will never resemble barred.

Charged Rabicano allows you to create a gradient of two colors across the markings. They must still follow elemental color rules, but they may be darker OR lighter OR both of those compared to the dragon’s base color.