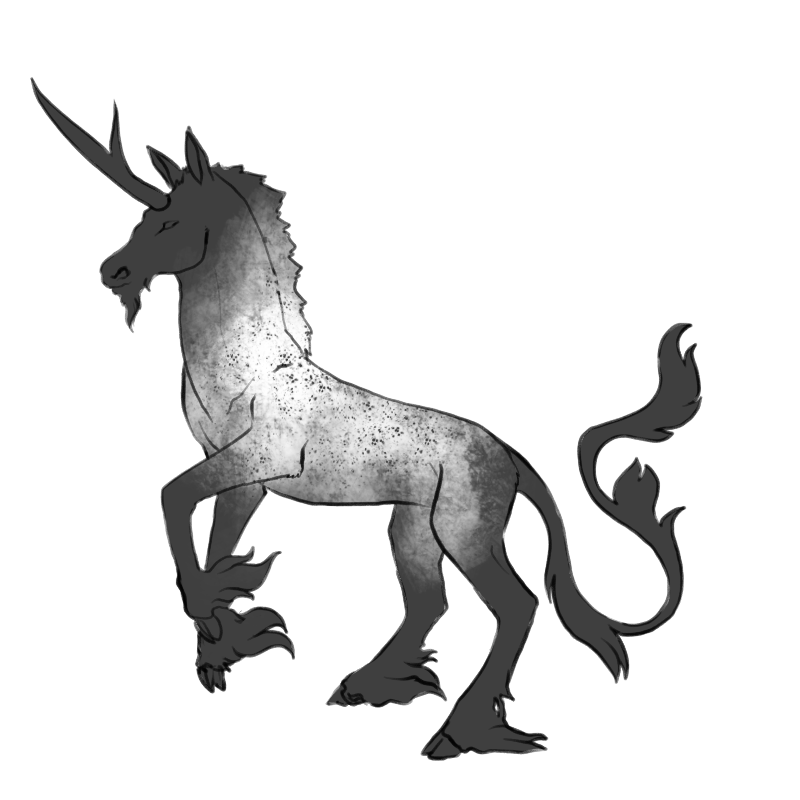 Creates a lighter, semi-transparent area on the dragon with spots erased out of it. All markings it sits on top of will show. Unlike the natural marking in horses, it may be anywhere on the dragon and it can be tinted in the dragon’s natural scale color. It should cover at least 25% of the dragon. You may have empty patches in between different sections of roan. In the picture below, the red area represents the light area of roan. You can have soft holes, solid holes, or a mix of them. They should be small to tiny in size. You can have the holes clustered or spread far apart.

The edge of roan can be textured, a gradient, or solid. It should be slightly transparent overall and can have a textured variation in opacity. Here are some more examples of what you can do with Roan:

There are some things you should avoid with roan. First, large holes. Second, solid patches of color instead of semi-transparent patches. The following two images are examples of what NOT to do:

Roan will always be lighter than what lays beneath it. It will have a slight transparency, letting colors underneath show. It can be affected by color modifiers, but it will still be slightly transparent.

It may affect modifiers, skin, nails, ears, and similar things where it touches. It can also appear on modifiers that are not touching the marking.

In between areas of Roan and normal scales, you may put patches of a separate color. It should be in between the lightness of roan and the base scales. This color will always border the Roan somewhere and not create patches by itself. You may optionally put holes in this extra color, the same way the rest of the marking has. Here are examples of Charged Roan coverage and appearance: