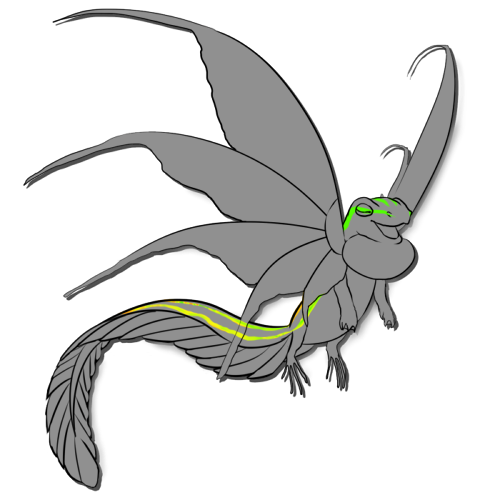 Emblazoned forms long stripes that run from your dragon’s head down to their tail, on the sides of your dragon, or parallel with the ‘belly’ of your dragon. It will not appear on the wing membranes/feathers, but it can appear on the shoulders of the wing. You may have a gradient between two colors, with the head having a different color than the tail, or you may have it as a solid color. The colors must be the same for each stripe, but the gradient for each does not have to align. The marking follows normal elemental color rules. You may create splits in the stripes, as long as the splits still follow the flow of the body.

This allows you to have a gradient of up to three colors, rather than just two.