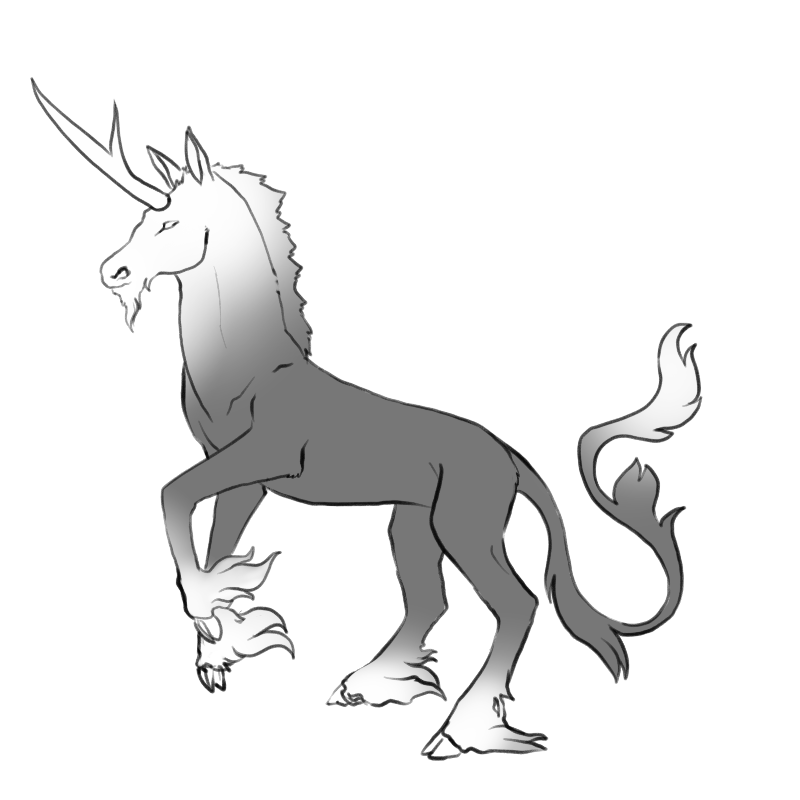 Suntouched causes the color of at least two points of your dragon to appear lighter than what lies beneath them. You can make it subtle as long as it is still visible. It should not appear pure white except on dragons with lighter scales or on elements with white in their color scheme. No matter what, it should appear as a smooth gradient. The color should be consistent throughout (unless a marking on top of or beneath it is affecting its color).

It will always have an edge with a smooth gradient. You should not be able to distinguish shapes or solid patches.

Suntouched will always be lighter than what lays beneath it (‘lighter’ refers to value). This may be a layer set to screen or a color lighter than the base scales. It will only appear white on light-colored dragons or if white is within the elemental color scheme.

Charged Suntouched may be white, even on darker dragons. In addition, each point may be a different color.