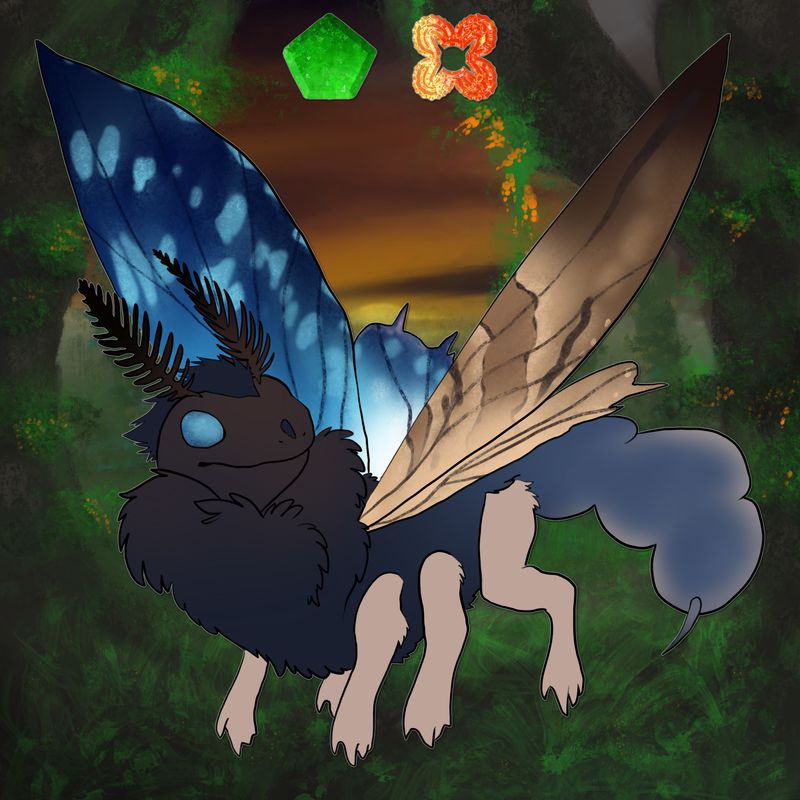 Fairy allows you to add the markings and colors of any arthropod or amphibian to your dragon. It must apply to at least one side of the dragon’s wings, but you may choose for it to cover the entire body. This will cover any markings beneath it. It may only take inspiration from a single species, which must be listed in Design Notes. If the animal has bioluminescence, translucence, iridescence, transparent skin, or similar coloring traits, they may be included.

The marking has no edge, therefore it has no texture.

This marking will only display the colors of the arthropod species it imitates.

This overrides all other display traits. If your dragon has a mutation, the mutation will override it.

It may affect modifiers, skin, nails, ears, and similar things where it touches. These may be colored either to match adjacent colors/markings or to imitate the arthropod’s or amphibian’s features.  If the animal has bioluminescence, translucence, iridescence, transparent skin, or similar coloring traits, they may be included. You may choose not to use Fairy on traits that are not part of the main body, or on one side of the wings. Examples include fins, horns, spines, and armor. Regular markings may appear in places unaffected by Fairy.

Charged Fairy allows you to use it as a base coat and display the other traits/markings on top.