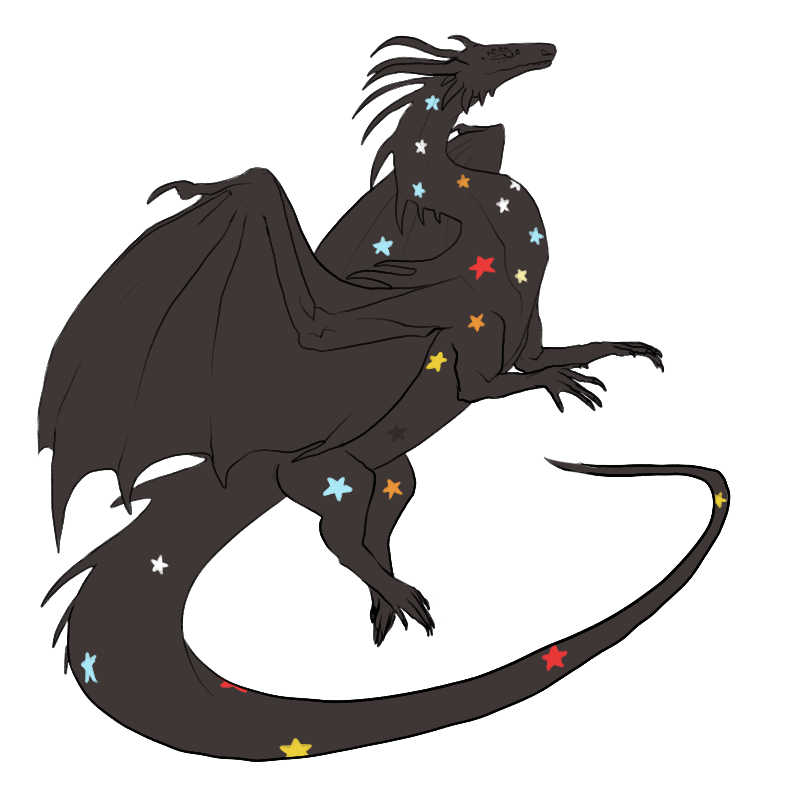 Starry creates star shapes on the body of your dragon. They may have any number of points, so long as the points are clear. There is a minimum of four points.

Starry is a hard marking. It will not be blurry or glow.

You may use any or all of the following colors, in any amount and mixture, so long as each individual star is one color: White, Cyan, Red-orange, Yellow, Black. They must be visible against the base.

Effects on Modifiers and Physical Traits

It may affect modifiers, skin, nails, ears, and similar things.

Charged Starry allows for lines between the constellations. Lines should be straight and all one color.

Creates small flecks of white across the dragon. They should not shimmer or twinkle, they can’t be localized to markings, nor may they be packed close together (that would resemble Comet or Shimmer). You do not have to put them across the whole body. Charged Legacy Starry may use any of the following colors, in any amount and mixture, so long as each individual star is one color: White, Cyan, Red-orange, Yellow. Here is an example of Legacy Starry. The cut-off number for Legacy Starry is ID 1000, or any event dragons that show Legacy Starry.