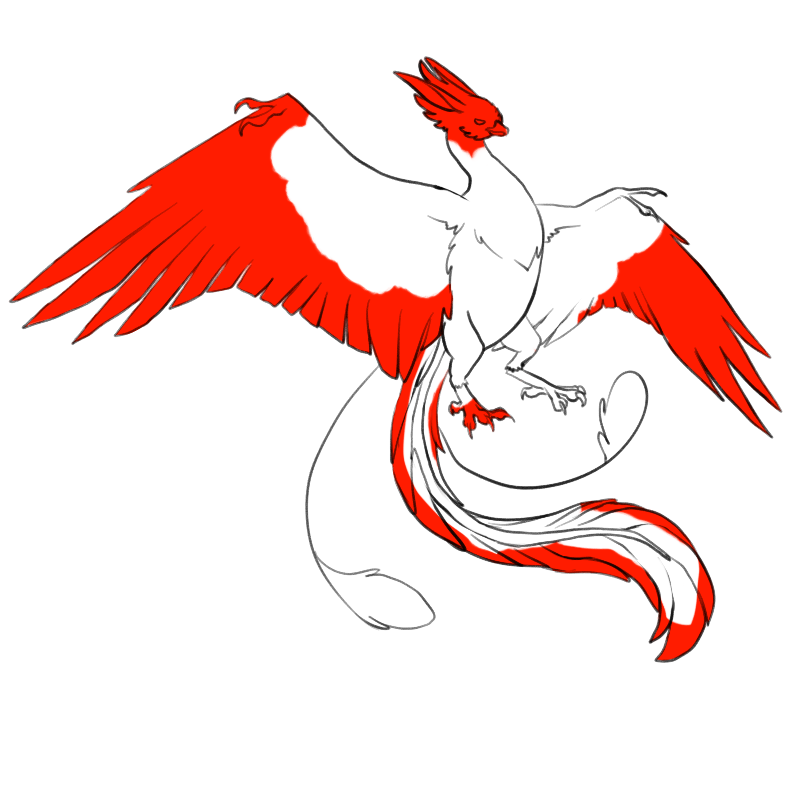 Tipped may color the end of a dragon’s modifiers or limbs in any color within elemental rules. It should not make barred or striped patterns. There should be no holes in the marking. You may simply color the tips of fingers and limbs, create sock-like markings on your dragon, or do both. The marking will radiate from extremities. On limbs, these socks will never extend past the first ‘elbow’ or ‘knee’ of your dragon. For minimum areas, the very tips of the extremities should be colored (such as the toes).

For wings and other flat areas on the dragon, it’s a bit more complicated! If it has a joint, then the ‘elbow’ joint and beyond can be tipped. For everything else, the general rule is that it may cover half of the trait, starting from the furthest areas of the body. You may combine the two approaches. Here is an example of the maximum allowed for this dragon:

You can combine the two, but any transitions must be made within the normal range. At minimum, it must be visible on at least one limb’s extremities. Here are some examples of legal tips:

It should have a solid edge.

Tipped will always be within elemental color rules unless it is affected by a color modifier or marking like Vibrancy.

You may layer it above or below all regular markings.

It may affect modifiers, skin, nails, ears, and similar things, as long as it is restricted to their tips.