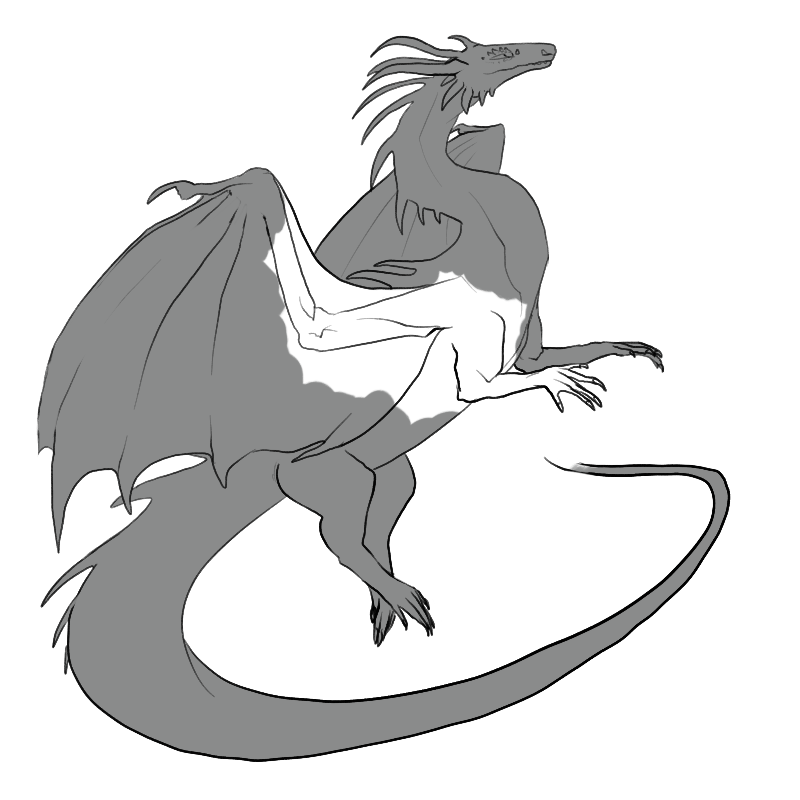 Tobiano is a white Top Layer Marking. Mutations such as shimmer or iridescence will still show on top, though these are only light reflection effects and do not actually color the dragon. You can cover up to 75% of your dragon with white. The edges must be random and solid. A tiny halo effect is allowed, but it will always be in close association with the marking, and never form shapes of its own. Below, you can see the minimum coverage and maximum coverage. An example of the halo is also visible.

It should have a solid edge. The halo should also be solid. The shape itself will be solid and random with minimal holes and spots; any spots will be closely associated with the mark, and any holes will be close to the edge. The majority of the marking will be a solid patch, no matter what. Below are examples of what NOT to do. The first has huge holes and is clearly shaped on the tail, instead of being random. The second has a non-random, almost tribal pattern on the neck. The second also has far too many holes and dots.

Tobiano will always be white. Its halo will also be white, though it shows at a lower opacity, so the colors below may show through.

Charged Tobiano may ignore layering rules. It can sit at the bottom of your marking layers, in the middle, or on top of any marking.