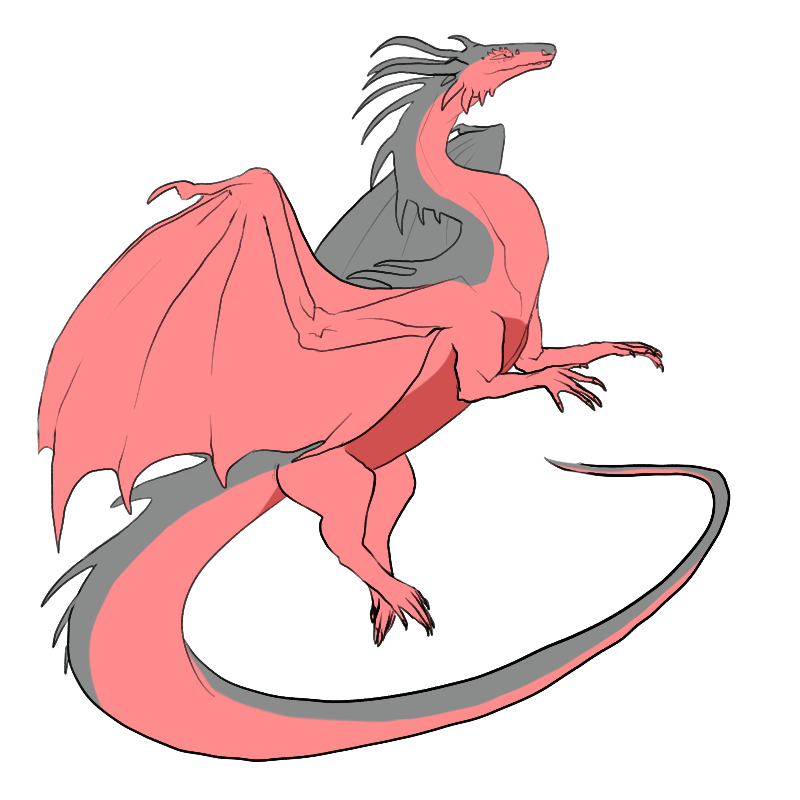 A simple marking that covers the belly of your dragon in a solid patch of color that is roughly symmetrical. At least 1/3rd of the mark will appear in the dark red area. The light red area shows the approximate maximum.

The dark red area shows the minimum size, although it may be in slightly different locations.

Underbelly may be any color in the elemental color palette as well as black or white.