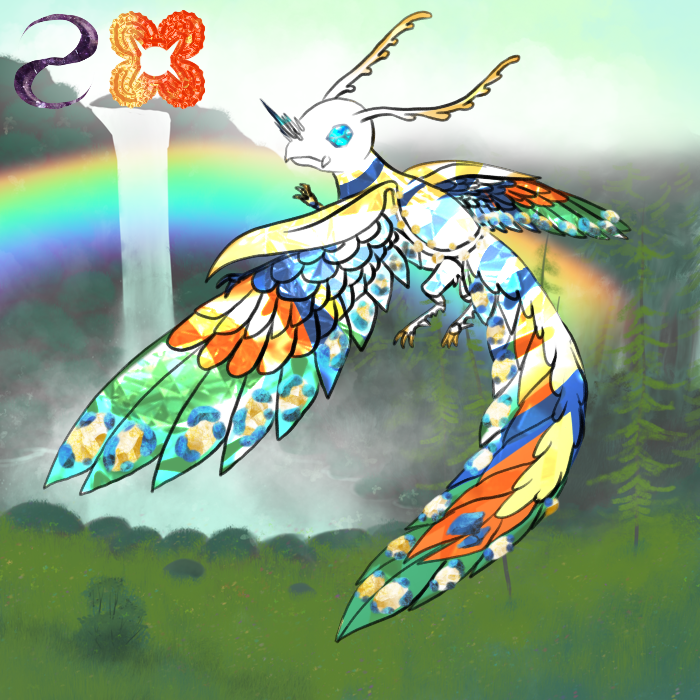 Allows you to add any or all of the following arthropod traits to your dragon:

You may add things not on this list as long as it is inspired by arthropods (not limited to insects, despite the name!). You may not add antennae, insect wings, or multiple limbs. All traits of the dragon should still be visible (for example–if using fly feet, another set of limbs should be normal!).
Examples of Insectified:

This modifier will not change the color of your dragon.
Modifier, Claw, Leather, and Crest Rules

Insectified attributes are considered part of the dragon’s main body. This means you may attach other modifiers or markings to the modifier. At the same time, it will not be affected by color modifiers unless it is affecting wings.

Charged Insectified allows for multiple limbs, antennae, and a conversion of wings into insect wings. Please note that you still need to use the same number of wings that the dragon is born with!