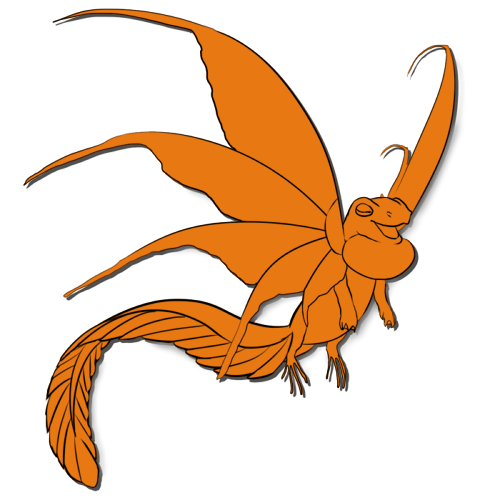 Your dragon can expand an area beneath their throat in a display. This can help them make some neat noises. The example below is expanded, but you do not need to depict it expanded constantly, both in your art and in your design submission! It’s normal for Frog Throat to look indistinguishable from a normal dragon’s throat until they start singing.

Frog throat may take on a single color from the elemental rules if desired. You can have display traits and color modifiers affect it.

This modifier will not affect other modifiers. However, this modifier will be affected by things which change the texture of skin or leather (Frilled, Tattered, etc.). It can also have a modifier resting on top (such as Bumble) without losing its function.

Charged Frog Throat may take on unconventional shapes. If it resembles a natural air sac, appears somewhere on the throat, and is used to make noise, then it will pass!