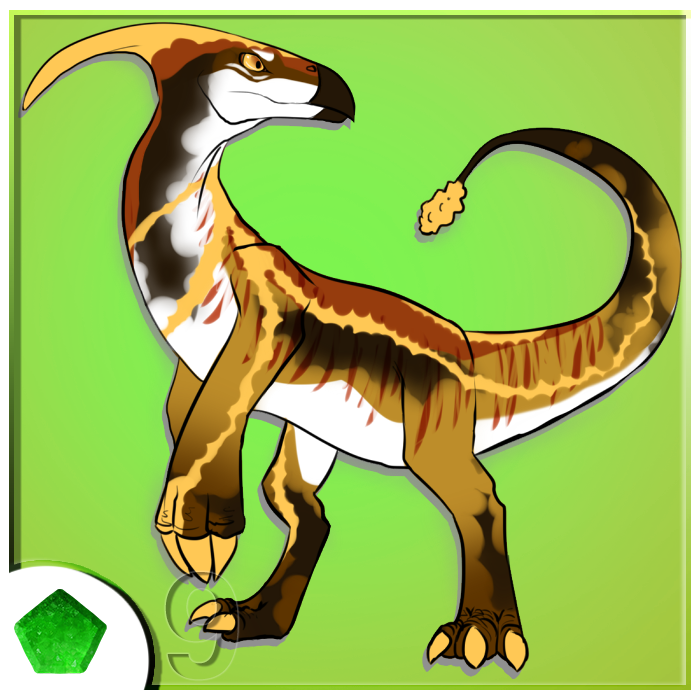 Adds a large, bony, and destructive structure to the end of the dragon’s tail. It does not show on tailless dragons. They can be smaller, as long as they don’t resemble spaded. They can also be a large and spiked thagomizer, rather than bumpy (even though…that’s more of a mace). Stegosaurus and Ankylosaurus have good examples of club tails. The club tail will only take up the very end of the tail.

It must follow elemental color rules. You may allow display traits to affect it. It will either be a solid color or have a gradient between two colors.

This does not affect the colors of Physical Traits. You may use Modifier traits to change the traits of the tail (in example: using Spectrum to give it a rainbow gradient).

Charged Club Tail may extend for the entirety of the dragon’s tail.