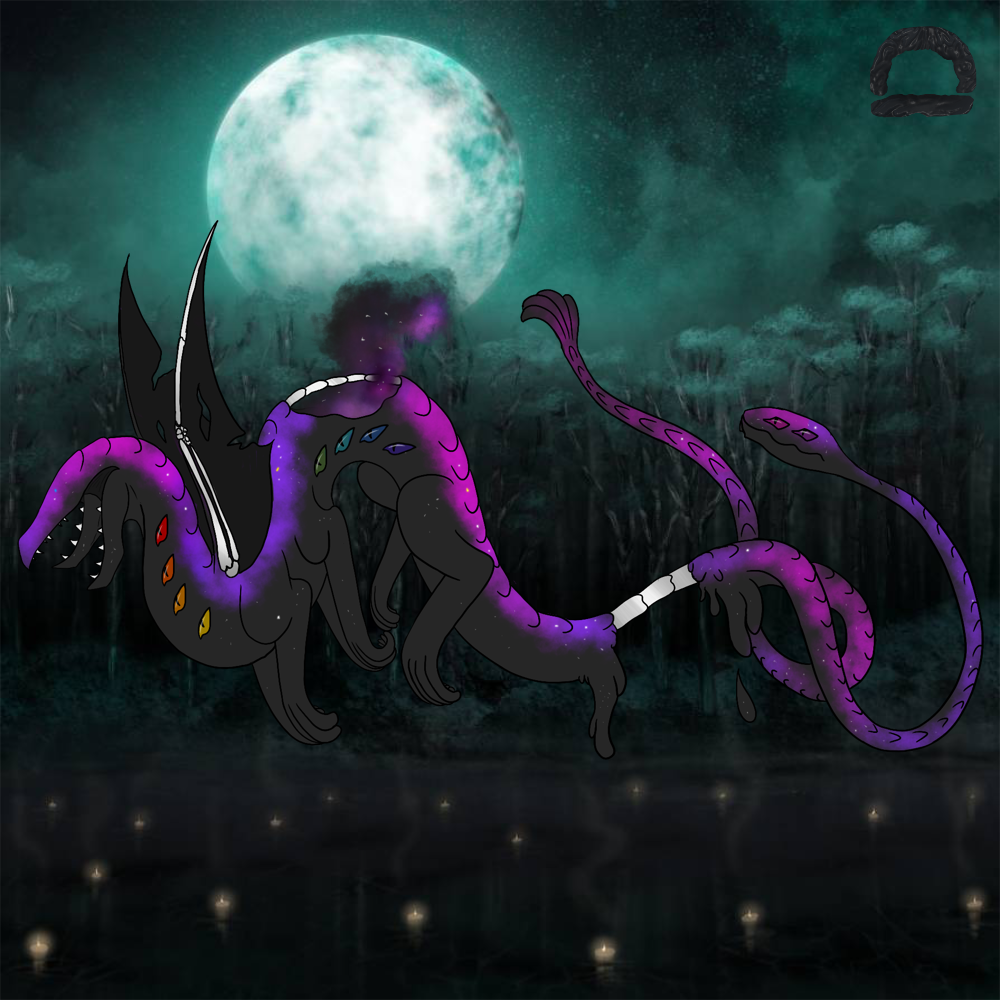 Name: Void
Nickname: N/A
ID: 729
Owner: Returu
Group: Chronocompass
Gift Art Rules: OPEN
-> Tag me so I can see (or link to the character on TH)
-> Try to stay within character and personalities
-> Feel free to ask me anything if questions strike you ^^
Rider:

Personality:
Void, despite his frightening appareance is overly friendly, often pouncing on strangers as he ‘greets’ them, given how his jaw opens up, the eyes over his body and the head and hand on his tails…. this sends most running; still, he is very good at keeping an eye out on things. ‘watchdragon’, yes, ‘guarddragon’… not so much…. Whisper though easily picks up on Void’s signals. Not the most intelligent overall, it takes him some time to get used to a new command… in fact training him is something Meeth spends alot of her time doing (though she’s starting to suspect that like Zeke, at least half of it is on purpose.) Quite likes to ‘huggle’ the smaller dragons… and Meeth… hasn’t figured out how to hug Nyx though…. she can easily keep him at arms length (literally).