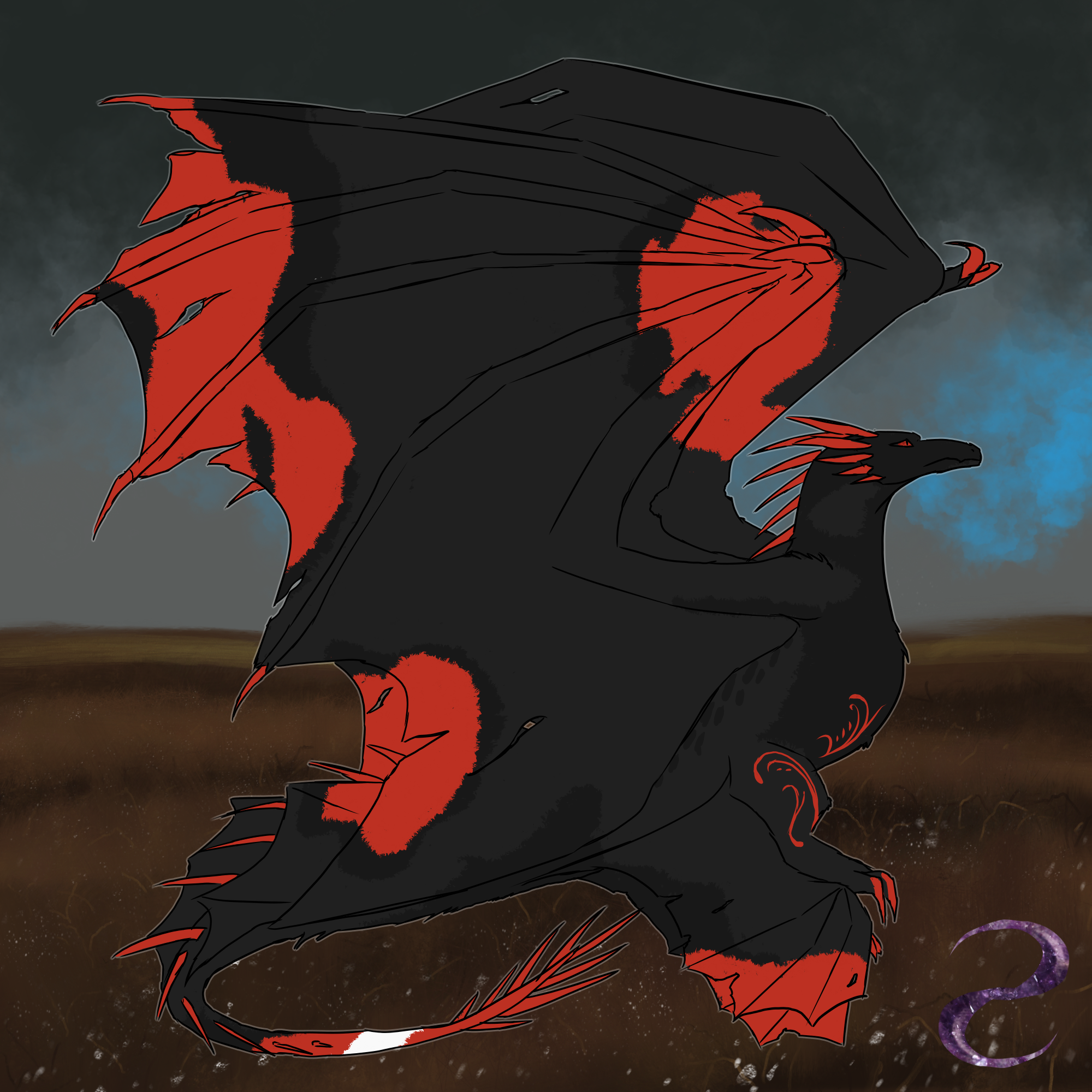 Personality: A master of the winds, this wyvern is rumoured to only appear during blood moon nights, and his tail was thought to be a shooting star. Some say he is the omen of doom, others say sighting his trail of white means that they will have good luck for the week to come. Whatever they say, he really doesn’t care that much anyway. He bows to no one and pays no heed of what others think, but he is sometimes sighted with a red-and-black winged humanoid, who is his working partner of sorts and they keep each other safe. He lives in the caves of a sheer cliff and uses both his wing claws and his leg claws to hang on the wall. He can do this for hours upon hours waiting for prey, although I don’t know what prey would be foolish enough to wander into the sight of a giant red patched wyvern.