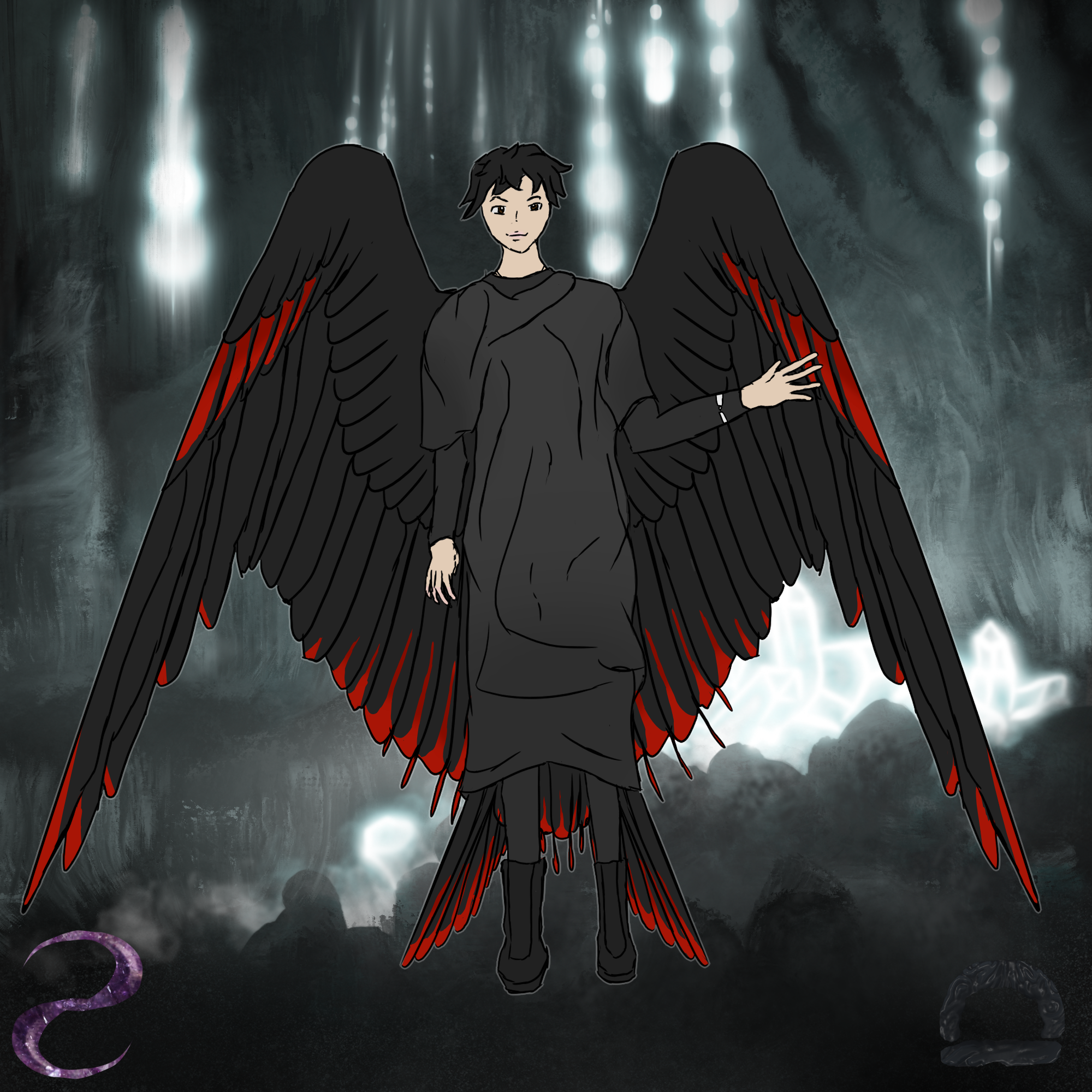 Personality: Salathiel is a quiet person who usually wishes to be alone. He plays the flute and enjoys it quite a bit, but often only when no one is watching. He defaults to attempting to sympathize with others, and it was especially hard on him when he accidentally caused his brother’s death (even though said brother and adoptive parents promptly treated him like trash when he was younger, causing him to be instinctively scared of other beings). He still blames himself for his brother’s death. He lives with a female Airus who rescued him from the ashes of a training centre. (Full lore available upon request + attached in ref sheet)
Reference Sheet: work in progress