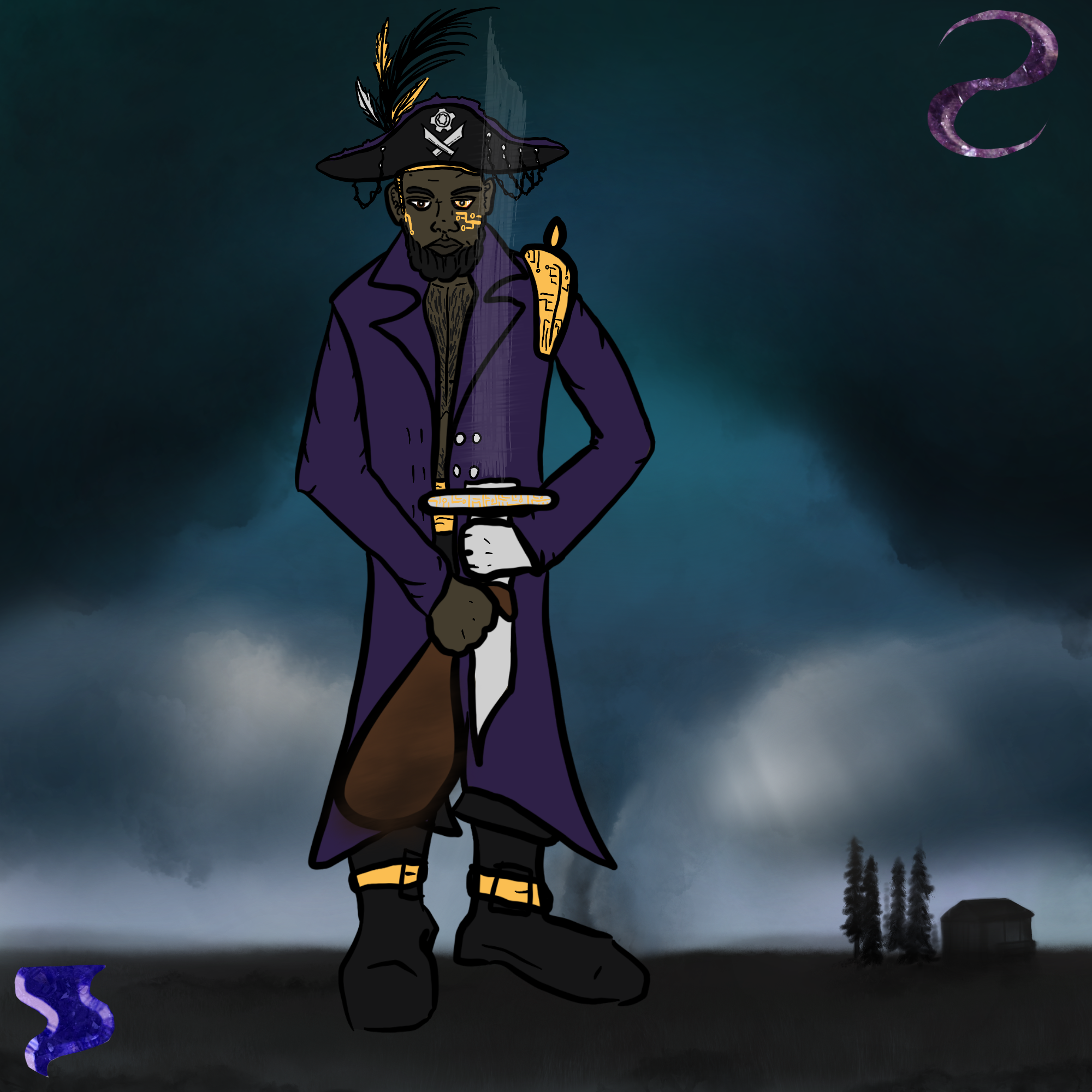 Personality: Captain Jorran has been a pirate captain for decades. He’s earned a reputation as a fearsome, merciless captain who often descends from the skies on his flying ship out of nowhere. He’s harnessed the power of storms and uses it to his and his crew’s advantage. As of recent though, the captain has attacked far less frequently. He’s a survivor, but his heart is heavy and his mind sunk into depression. His best friend and trusted ally was killed on a boarding party gone wrong and Jorran hasn’t recovered from the emotional loss. He strives to be a good leader and take care of his crew, who he’s loyal to, and though everyone knows the dangers of piracy, Jorran’s growing age has lead him to doubt where he should be leading his people.
Reference Sheet: