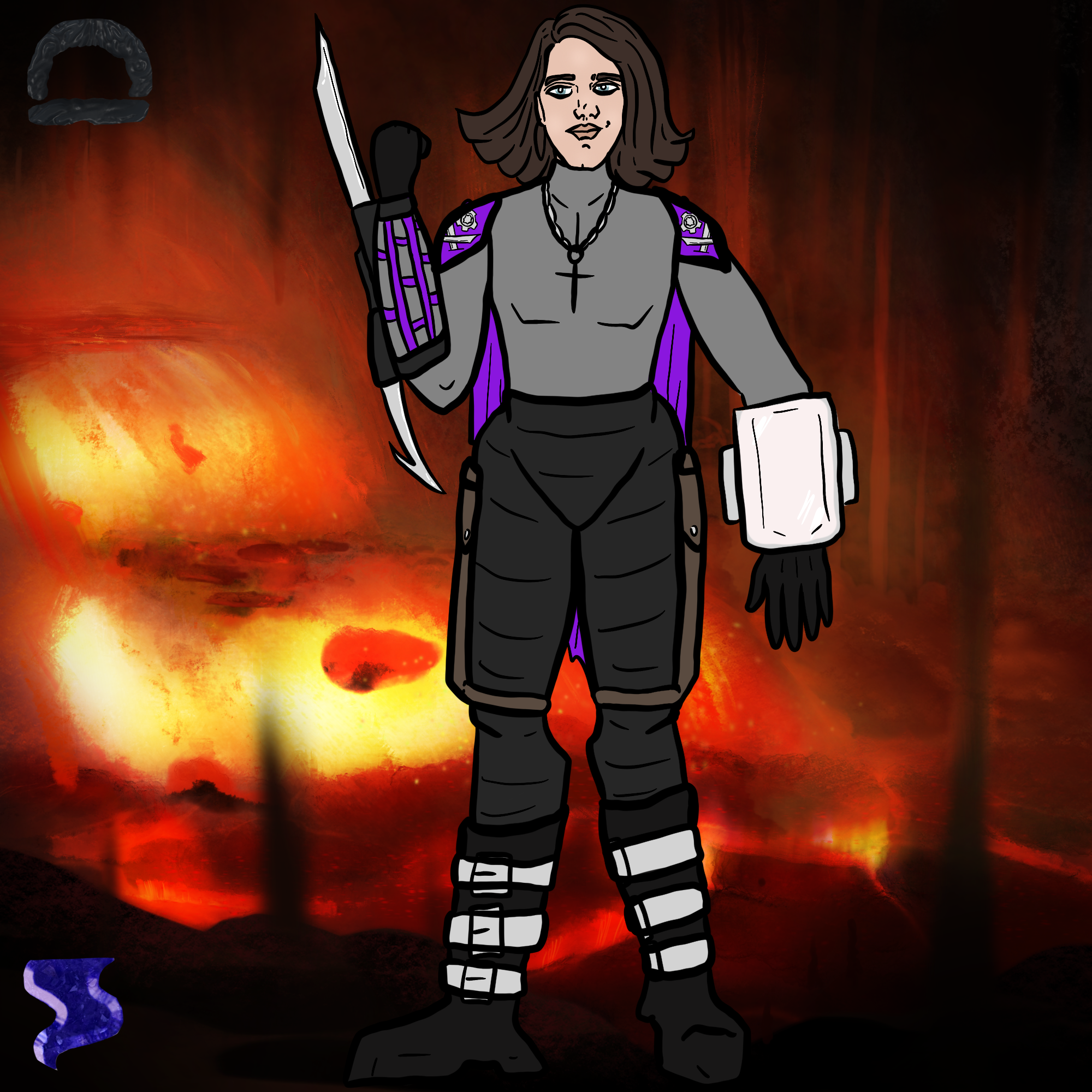 Personality: Sometimes uses She/her, he/him pronouns, but “they” is always appropriate. They followed in their father’s footsteps and joined the pirate crew he was a part of. They follow their own code and don’t have a problem with violence and bloodshed, or thievery. They are strategic and would make a sacrifice for the betterment of all. They don’t believe in the “everyone lives” rule. Sacrifices can and will be made. The emotions of sacrifice still hit them though. They appear cold and hard, ready to do whatever needs to be done, but inside they are desperately grieving the death of their father, just like the captain. Turning to more violence and vengeance though, suits them better than retreating to keep others safe. They keep their inner turmoil to themselves, their dragon, and their girlfriend- a pirate captain of a different ship. Subterfuge and sabotage is the game they play, and they play to win, cost be damned. In a wild turn of events though, the motivation behind the violence…is the hope of a less corrupt world. The code they live by would best be described as somewhere between chaotic good and chaotic neutral
Reference Sheet: