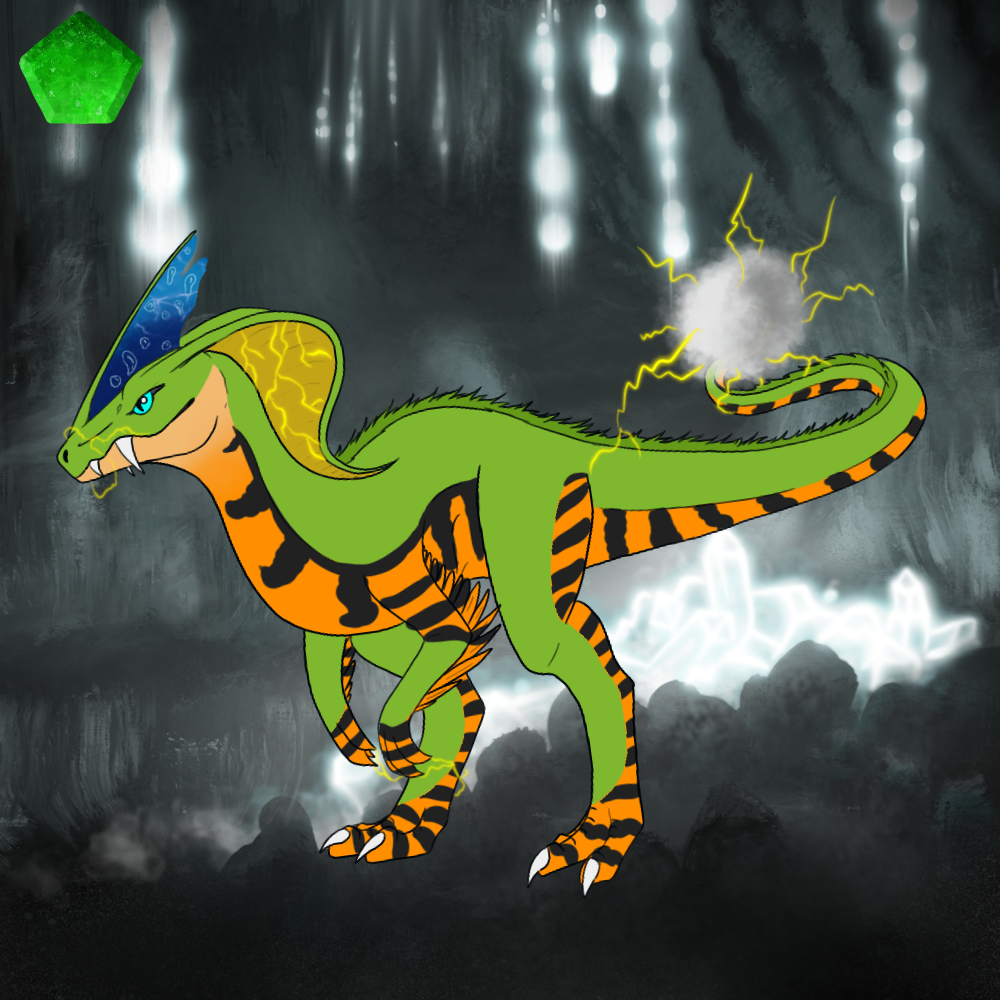 Name: Storm
Nickname: N/A
ID: 749
Owner: Returu
Group: Chronocompass
Gift Art Rules: OPEN
-> Tag me so I can see (or link to the character on TH)
-> Try to stay within character and personalities
-> Feel free to ask me anything if questions strike you ^^
Rider:

Personality:
Storm is as wild as his name suggests, over enthusisiastic (aka little bit crazy) and at times reckless in what he’s doing; as a result, he’s learned to think fast on his feet… he sorta has to with the amount of trouble he runs into to. However he is kind, and will often bring back small animals for Meiron to tend to. Is quite a bit calmer when around Xhevahire, and enjoys the older dragoness’s company.

Storm is very good at keeping the wild electric currents under control when he’s around Meiron, often the only noticble part of that marking is his hood; however, when angered the cloud hovering on his tail turns stormy and small bolts of energy form.