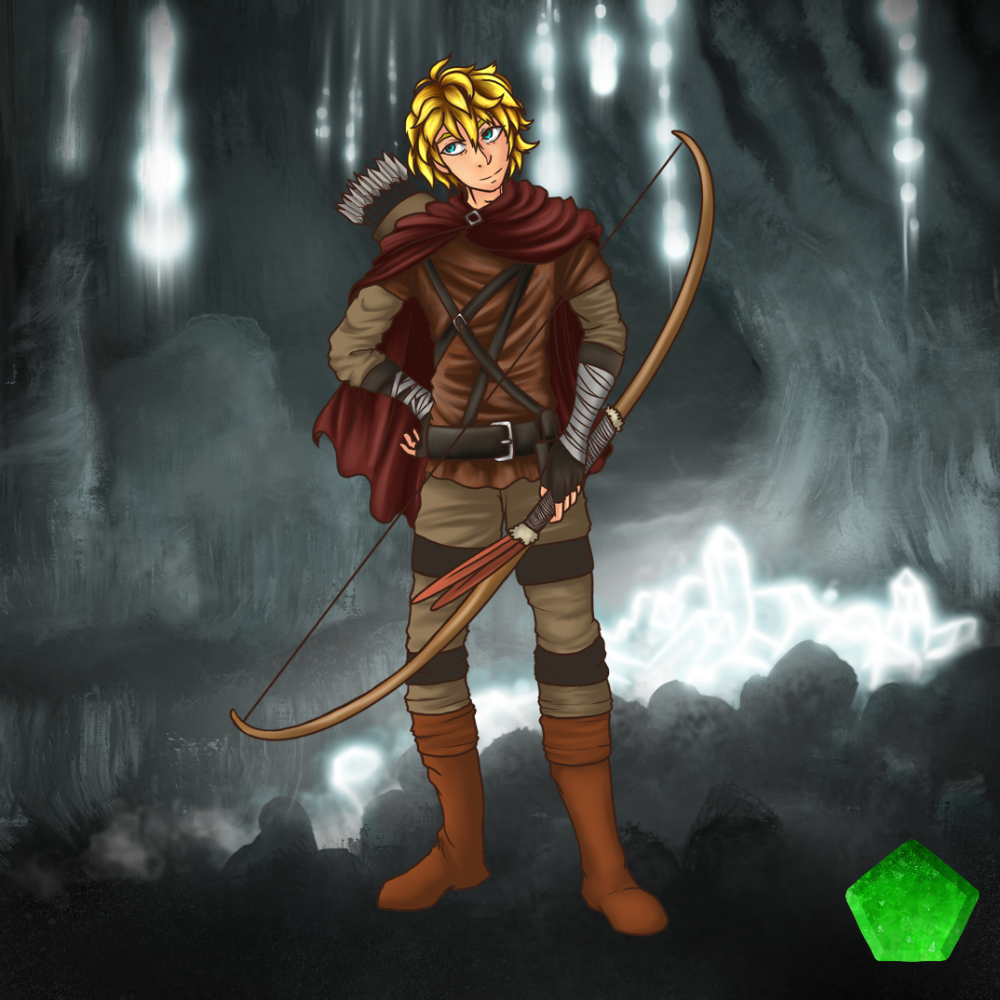 Personality:
Xato is a loner, both out of choice and to protect his family; tales tell that they are descended from the ancient Shéar royal line, and given that his family do look more akin to the tales told; Xato choose to leave them, his blond hair and pale skin at odds, though his eyes do change color depending on his mood (normally blue); with the vast difference, his bloodline was even verified (for a price) by the quetzalcoatls, to ensure he wasn’t a changeling.

Since leaving his family (though he keeps in touch via letters), Xato has worked on perfecting his archery skills, and fine tuning his ‘woodland’ knowledge. In between his own hunting and gathering forays, he takes on odd jobs for folks, but only if he thinks its ‘right’; though not very strong physically, he’s a grafter, often putting in more hours to complete the task at hand, and is slowly developing a reputation for been a ‘dependable hand’.

He tends to focus on one thing at a time though, which is both a help and a hindrance, as he can quite often overlook something important, so focused on what he’s doing; this is especially true in built up area’s, as large crowds make him uncomfortable, so focusing on the task at hand helps him forget the anxiety. Normally that anxiety is well hidden, infact Xato didn’t realize he suffered from it, until he suffered an attack during a job….. Though he won’t admit it, he is quite lonely, and quite naive truthfully, having been fairly sheltered during his early years; so far he’s managed to avoid anyone trying to take advantage of him….