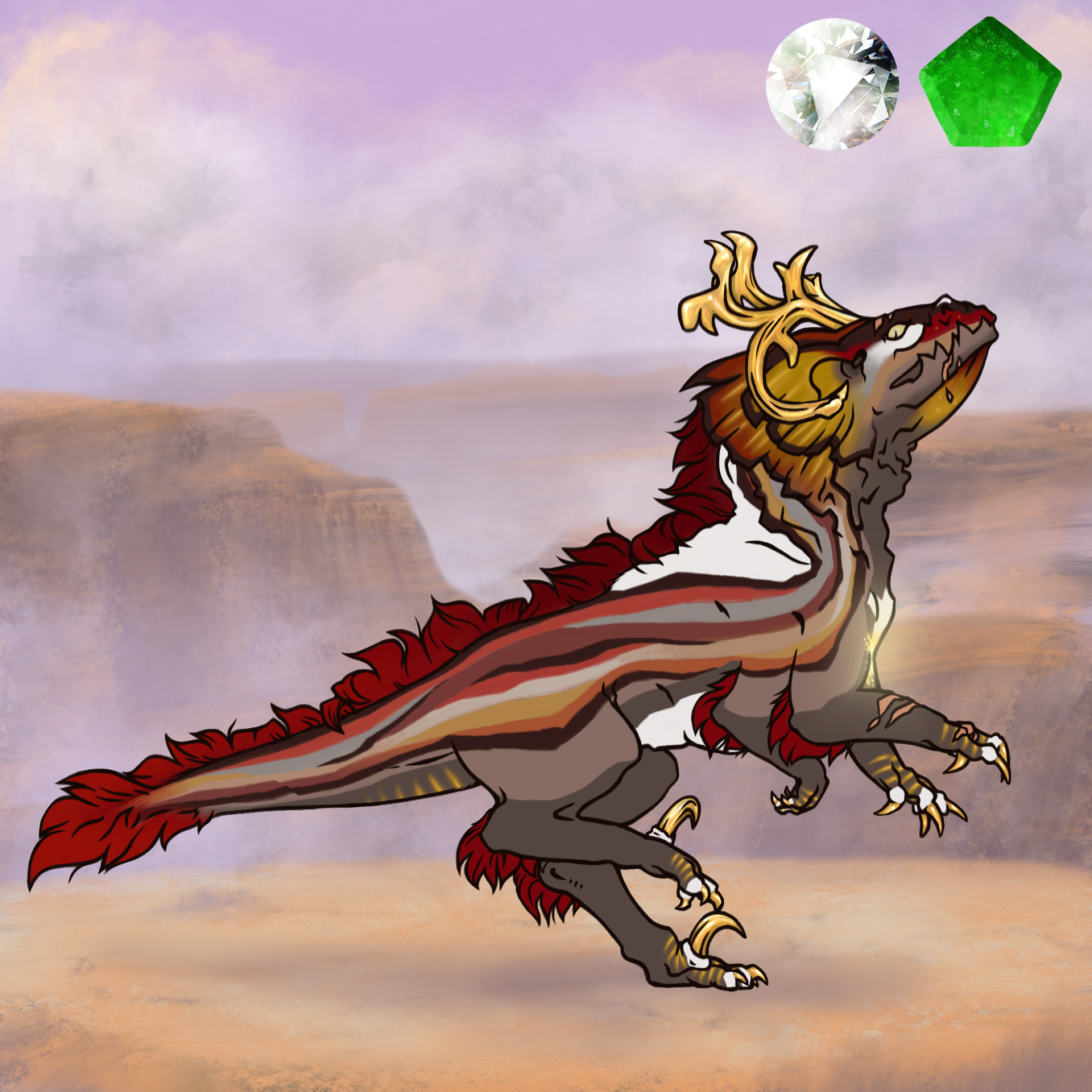 Personality:
A solemn, dignified creature, his fearsome visage belies his gentle disposition. Once brash and bold, long years have worn the reckless arrogance and anger of youth into a calm, centred individual, albeit one with an easy confidence in his own strength and capacity to end a fight.

Finding less pleasure in his aimless wandering lifestyle over the years, a brief pause to caretake a lost clutch of eggs became a permanent respite from his roving as he gained recognition as a trustworthy caretaker and others began to seek him out as a warden for their unhatched young. Though more than a little hesitant at first, his reservations were soundly put to rest when a few of the first clutch hatched and he grew attached despite his best efforts. With his main concern the safety of the many lives he watches over Aevana fears little and will put himself between others and danger without hesitation.

Despite his reserved, somewhat docile disposition Aevana is no fool, whilst he believes in judging those he meets impartially and solely by their deeds, he puts no great stake in the inherent good of individuals. He won’t turn away potential riders visiting in hopes of a companion – for the sake of those lying dormant for their fated partner – but they are regarded with a wary, watchful eye until they prove themselves trustworthy.

A quiet, introspective individual, Aevana is far more content to settle back and observe then command attention. That said, he can usually be persuaded to share a tale or two from his past, particularly if it’s a young one doing the asking. He has a subtle, dry sense of humour and is prone to dramatic pauses to gently torment excited hatchlings.