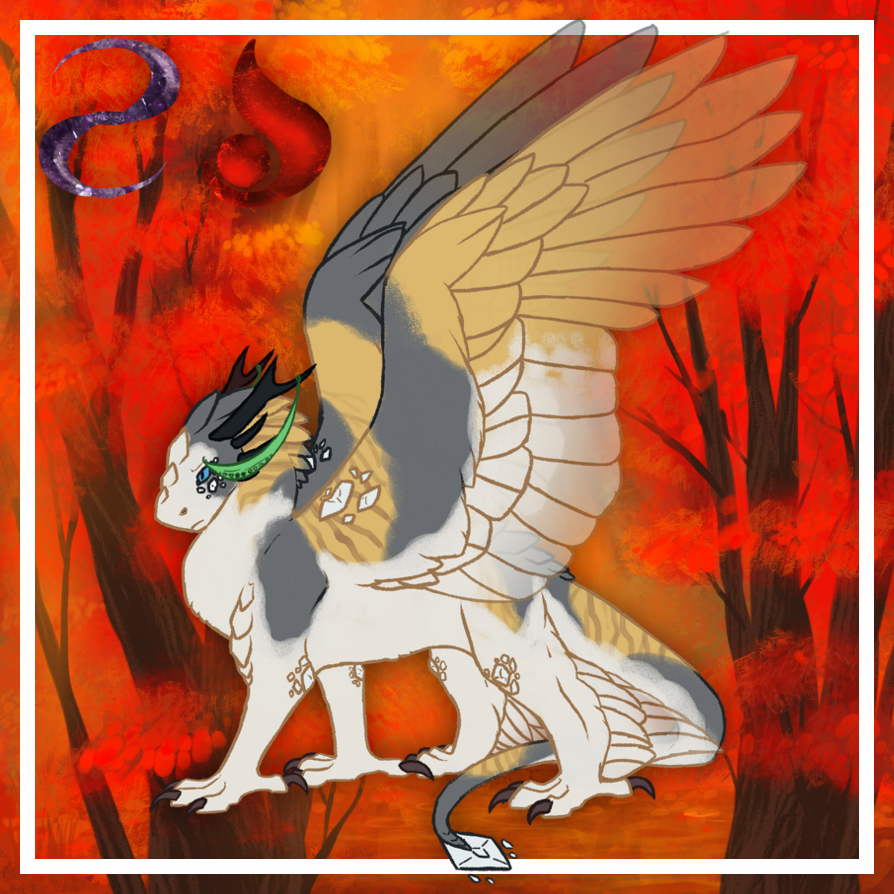 Personality:
Standing at seven feet tall at the shoulders, Ahnura is a bit of a large being just for riding, though certainly small in the scope of dragon sizes. In truth, they are rather close with Attikias- while not as protective as their rider, they don’t seem to enjoy being too far from him. They manage perfectly fine on their own, of course, but perhaps it’s easy to be drawn into Attikias’s familial fold when you share a life-long bond with him.

But enough about their rider. Ahnura is still a Wind dragon through and through, though the Fire side of things may be surprising due to how cold their palladium feathers are to the touch. Still, much like most Fire-aligned beings, Ahnura is quick to action when they perceive trouble, physically putting themselves in the way before things escalate.

They can be rather chatty at times, friendly and loyal to people who show just a little bit of kindness to them. They’re often the first to jump at opportunities and pull their rider along for the ride, whether he wants it or not.